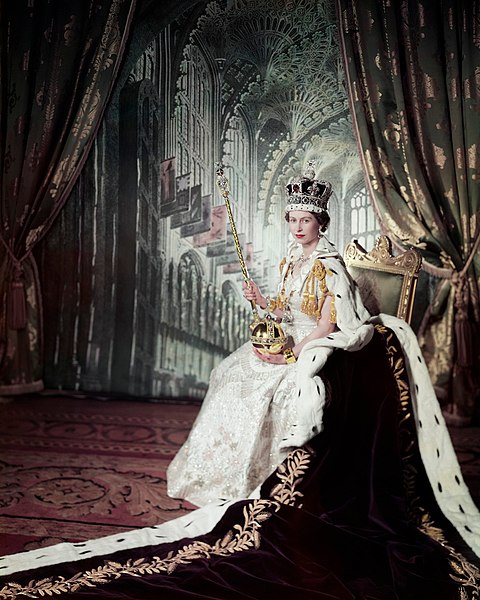 Queen Elizabeth II lived and reigned over an incredible ninety-six years. A life of service and dedication to the crown and her country has been showcased in newspapers all over the world. Take a walk through her life as you read about notable events when they happened in the collection at NewspaperArchive.

1926 – A Queen is Born
Princess Elizabeth Alexandra Mary Windsor was born in Mayfair, London. She was the first child of The Duke and Duchess of York, who later became King George VI and Queen Elizabeth.

1933 – A Girl and Her Dogs
When Elizabeth was only seven years old, her father brought home the family’s first Pembrokeshire Welsh corgi. Records indicate Queen Elizabeth had at least 30 corgis during her life.

1953 – The Coronation of a Queen
Elizabeth’s coronation took place in Westminster Abbey. She became Queen Elizabeth II at age 27. This edition of the Daily Express in Pleasant Grove, Utah, dedicated almost the entire newspaper to the royal event.

1997 – A Golden Wedding Anniversary
When the Queen and Prince Philip celebrated their Golden Wedding anniversary, they had a special garden party at Buckingham Palace with other couples also celebrating the momentous occasion.

2002 – Celebrating 50 Years as Monarch
To celebrate her Golden Jubilee, Queen Elizabeth was busy. She traveled all over the world and extensively in the United Kingdom – more than forty thousand miles.

2015 – Record-Breaking Reign
In addition to her record as the oldest-ever monarch, she became the longest-reigning monarch in British history. That record had also been held by great-great-grandmother Queen Victoria.